Robert T. Schooley, M.D. is Professor of Medicine in the Division of Infectious Diseases at the University of California, San Diego. Over the course of his career, his clinical and research interests have been in the areas of viral pathogenesis and therapy and, more recently, in the development of clinical and medical educational capacity in resource-limited settings.

Ferric C. Fang, M.D. is a Professor of Laboratory Medicine, Microbiology, Medicine, and Pathobiology at the University of Washington, where he directs the clinical microbiology laboratory at Harborview Medical Center in Seattle. Dr. Fang performs research on bacterial pathogenesis and molecular diagnostics. He comes to CID after a fifteen-year tenure as editor and editor-in-chief at the ASM journal Infection and Immunity and is responsible for the primary evaluation of CID submissions relating to bacterial, fungal and parasitic infections. 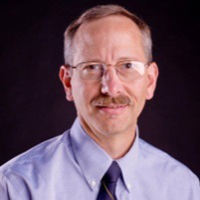 David N. Fredricks, M.D. is a Professor in the Division of Allergy and Infectious Diseases and the Department of Microbiology at the University of Washington, and a Member of the Vaccine and Infectious Disease Division at the Fred Hutchinson Cancer Research Center in Seattle. He provides clinical consultation for cancer patients with infectious diseases and has an interest in bacterial and fungal infections in the immunocompromised host. His research lab studies the human indigenous microbiota and how mucosal microbial communities promote health or contribute to disease.

Constance A. Benson, M.D. is a Professor of Medicine and Global Public Health in the Divisions of Infectious Diseases and Global Public Health at the University of California San Diego. Her primary areas of expertise include clinical and translational research in tuberculosis and other mycobacterial infections and HIV/AIDS, particularly antiretroviral therapies and treatment and prevention of opportunistic infections.

Carlos del Rio, M.D. is Professor of Global Health in the Hubert Department of Global Health at the Rollins School of Public Health, Professor of Medicine in the Division of Infectious Diseases at Emory University School of Medicine and co-Director of the Emory Center for AIDS Research. His interests are focused on early diagnosis, linkage and retention in care, compliance with antiretrovirals and the prevention of HIV infection among vulnerable populations both in the US and abroad.

Kathryn M. Edwards, M.D. is a Professor of Pediatrics at Vanderbilt University, Nashville, Tennessee. She has spent much of her career evaluating vaccines, facilitating their implementation, and assessing their impact. She has had an active infectious disease practice for nearly four decades and has studied periodic fever syndromes, pneumonia, and the management of complicated infections. She has also mentored many young investigators.

Vance Fowler, M.D., M.H.S. is a Professor in the Departments of Medicine and Molecular Genetics & Microbiology at Duke University Medical Center. Dr. Fowler has extensive expertise in clinical and translational research in bacterial infections. Dr. Fowler created the S. aureus Bacteremia Group and co-founded the International Collaboration on Endocarditis. He is a project PI in the Clinical Trials Transformation Initiative (CTTI) and the Communicating PI of the Antibacterial Resistance Leadership Group. 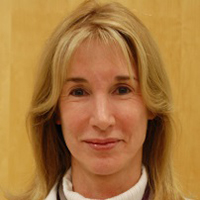 Barbara E. Murray, M.D. is an internationally recognized expert in infectious diseases and antibiotic resistance and one of the world’s experts on enterococci. She has been an editor of Antimicrobial Agents and Chemotherapy, program chair of ICAAC, Chair of the NIH’s Recombinant DNA Advisory Committee and has served on other NIH committees and Data Safety and Monitoring Boards, on many editorial boards, and on the FDA’s Anti-Infectives Advisory Committee. She was the Treasurer of Infectious Diseases Society of America for 6 years, Secretary for 3, President in 2013-2014 and is currently Chair of their Antimicrobial Resistance Committee. 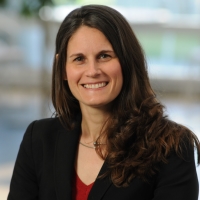 Susanna Naggie, M.D., M.H.S. is Associate Professor of Medicine (with tenure) and Associate Dean of Clinical Research Initiatives and Regulatory Affairs at Duke University School of Medicine. Dr. Naggie’s primary research focuses on discoveries to individualize care for people with HIV and viral hepatitis including pharmacogenomics, metabolomics and proteomics investigations. She is also engaged in clinical trial design and coordination at the Duke Clinical Research Institute.

Peter G. Pappas, M.D. is a widely recognized expert in the epidemiology, diagnosis, and treatment of invasive mycoses. He is a Professor of Internal Medicine and Infectious Diseases at the University of Alabama at Birmingham where he directs the Antimicrobial Stewardship Program for the University of Alabama Health System. He is also currently Principle Investigator of the Mycoses Study Group Education and Research Consortium (MSGERC), a multi-center, international clinical trials and education group.

David L. Paterson, M.D., Ph.D. is an Infectious Disease Physician in Brisbane, Australia. He is CEO of Wesley Medical Research with an affiliation to the University of Queensland. Prior to returning to Australia, he worked for 10 years at the University of Pittsburgh Medical Center. His research interests are in antibiotic resistance, particularly of Gram-negative bacilli. He has more than 380 peer-reviewed publications, including more than 50 in Clinical Infectious Diseases.

David A. Pegues, M.D. is Professor of Medicine in the Division of Infectious Diseases at the Perelman School of Medicine at the University of Pennsylvania, Medical Director of Healthcare Epidemiology, Infection Prevention and Control and Co-Director of the Antimicrobial Stewardship Program at the Hospital of the University of Pennsylvania. His interests include device-associated infections; novel infection control technologies to reduce microbial contamination of the environment, and antimicrobial stewardship interventions to improve clinical outcomes.

Stephanie N. Taylor, M.D. is a Professor of Medicine and Microbiology in the Infectious Diseases Section of Louisiana State University Health Sciences Center and is board-certified in both Internal Medicine and Infectious Diseases. Dr. Taylor’s expertise is sexually transmitted infections and STI diagnostic and clinical trials. She is currently medical director of the LSU Infectious Diseases STI Program and laboratory, the LSU Sexual Health Clinic and the LA Office of Public Health STD/HIV Program.

Oxford University Press is a department of the University of Oxford. It furthers the University's objective of excellence in research, scholarship, and education by publishing worldwide

This Feature Is Available To Subscribers Only

This PDF is available to Subscribers Only